Yo is going to let users purchase different sounds to send. Here’s how I found out…

If you open up iTunes and open the overview of installed iOS apps you can right-click an app to see it in the Finder. Every app is actually an .ipa* file and contains the full app. Most of the source code is compiled so you won’t be able to read the actual source-code, but you can still discover a lot of interesting things by poking around in that file. Here’s what I found out.*

First I made a copy of the file to another directory, just so that I don’t mess up the original file. 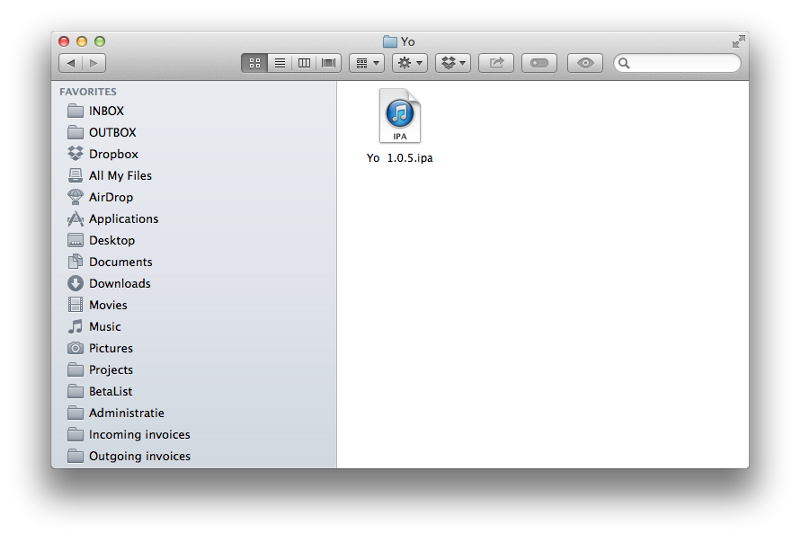 The .ipa file is really a ZIP archive. To unzip it and see its contents the easiest way is to simply change the extension from .ipa to .zip 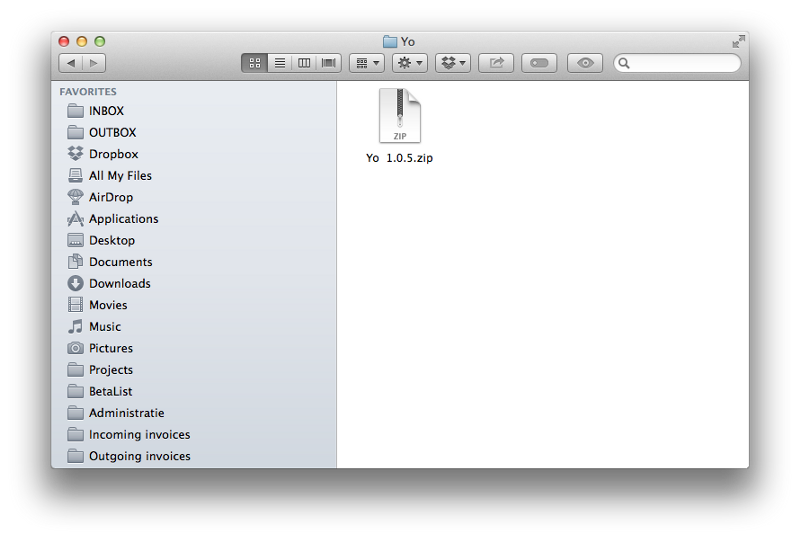 Next you’ll want to unzip the file so you end up with a folder like this: 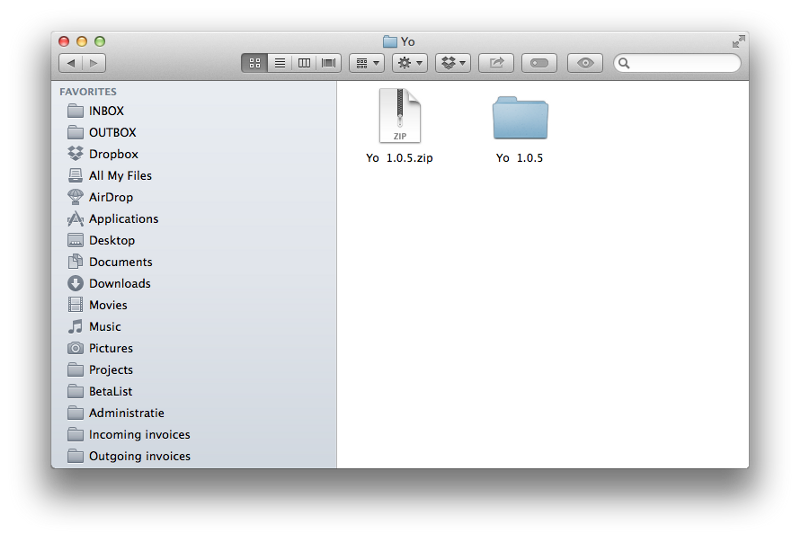 If you open the folder you’ll see a lot of strange stuff (unless you’re an iOS Developer, in which case you’ll probably know what it all is). You’ll want to open the Payload directory: 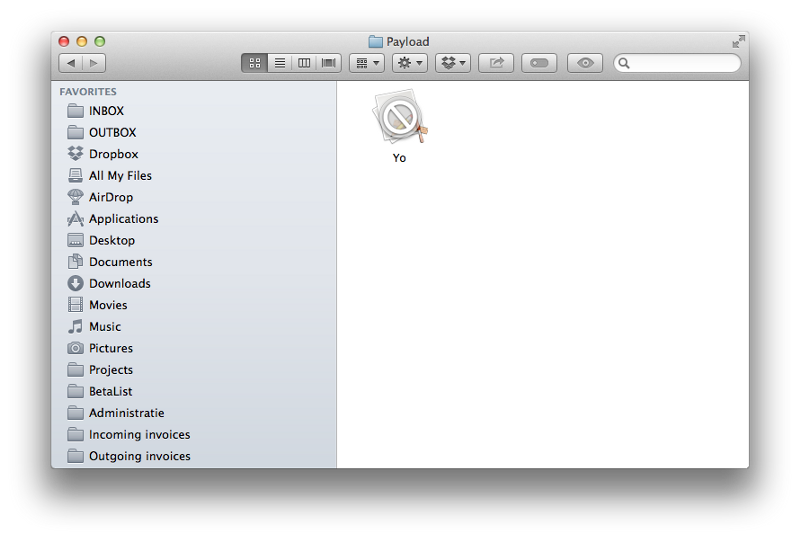 This ‘file’ is actually a “package”, a folder that looks like a file. I know it all sounds weird, unzipping to see the package, but we’re almost there. Right click it and choose “Show Package Contents”. 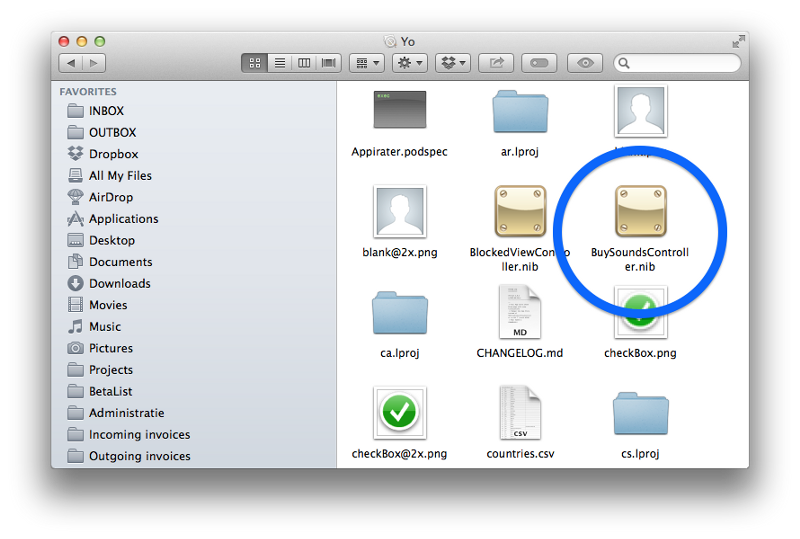 There’s a file called BuySoundsController.nib in there!I think it’s pretty safe to conclude we might see an app update at some point allowing users to buy other sounds to send. Looking at the data Yo sends to through their private API confirms this theory: When you send a yo it actually specifies the MP3 file they should play on your device. (Sidenote: I was able to have other sounds play when I yo’d people, but they fixed it right away after I notified them of this).

Why is that file there? Is this functionality already available?

Will this be their long-term revenue model?

Again, it’s difficult to tell. They seem to be taking a very lean approach so I bet this is just one of things they will try and see if it sticks.

You, apparently. Hah! And the whole tech scene seems obsessed with Yo so I figured why not jump in? Another reason for sharing the article though, is to show that with just some basic computer skills you can discover all kinds of interesting things.

It’s not a nice thing to share this publicly, is it?

I contacted them. They were okay with me sharing this. This may either confirm or invalidate my theory. I’m not sure. We’ll see ☺

Can I use this approach for other apps as well?

Yes. Go nuts. Let me know what you discover! It’s probably best to contact the developers first before you go out and share with the world. Also keep in mind any files you’ll find are likely copyrighted so don’t put them online, etc.