Continue reading for the full story on how I validated the idea, built a simple product, grew it to thousands of active users, tried monetizing it, and eventually sold it.

People always tell you: start with an MVP, prove there’s demand for your product before investing all your time into something nobody wants. In my experience that’s good advice, but it seems many successful products often start out as accidental MVPs. Tweet Photo is a perfect example of this.

Just a link. No photo. Useless. I don’t know the politics behind this, but I believe Facebook is the one that disabled the photo previews at some point. So now we’re stuck with useless tweets.

You can find many workarounds using automation services like IFTTT and Zapier. Because I was unhappy with all solutions, I decided to write my own article in May 2017:

Turns out I struck a chord. To this date that post has been read 70,000 times. Over three years later it continues to get over a thousand hits per month.

If you read the post though, you will notice how complicated the setup is. So I figured there might be an opportunity for a product here. I knew there was an interest, but I didn’t know if I could monetize it.

It wasn’t until Yuko posted this question on WIP: 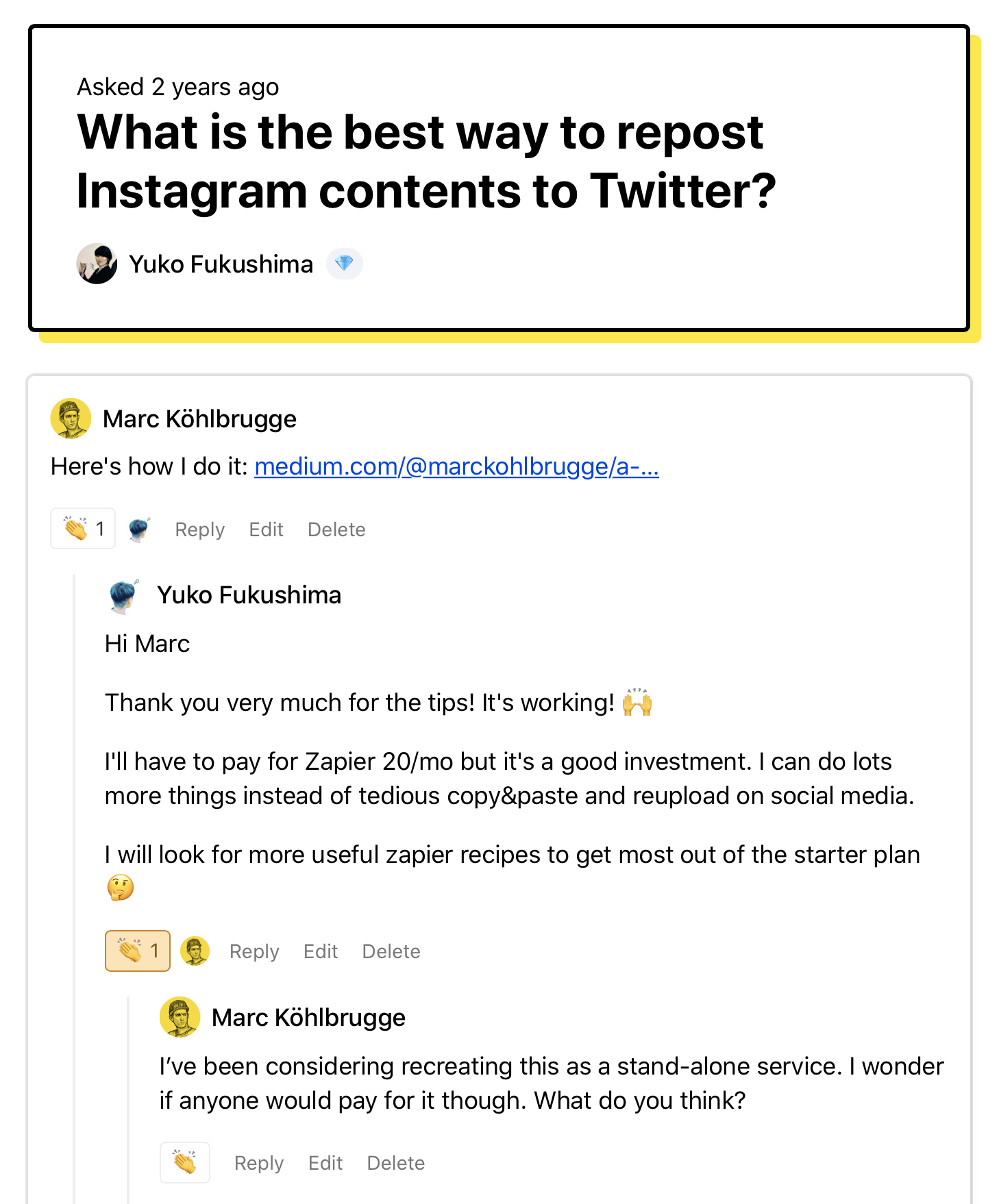 She mentioned she’d happily pay $20/mo for Zapier to tweet her photos. That got me thinking: maybe it’s a product that can be monetized after all. Plus, I already got the leads coming in via the blog post. I could funnel them through to this new service instead.

Rather than further validating the business model, I challenged myself to build a prototype over the next couple of days.

I believe in using the tools you’re familiar with, so I used Ruby on Rails to build the product.

Tweet Photo is technically quite simple. I’m basically glueing together the Instagram and Twitter APIs. I was able to do most of the work with open-source libraries.

I finished the product in just over a week during my spare time.

I initially went with the tweetphoto.icu domain name because it was only $1. That’s how much faith I had in the product I guess. But shortly after I decided if I’m going to do this, I might as well do it right and purchased tweet.photo for $130. It might not seem like a lot of money, but with all the projects I start things thing start to add up 😅. In hindsight I’m really glad I got this domain name…

I wouldn’t realize it until later, but the key feature I added was appending “via tweet.photo” to every tweet. This single piece of text would prove to be the driving factor of Tweet Photo’s growth.

It got featured on BetaList (although no surprise here, as I’m the founder of BetaList) and Product Hunt.

At the end day of the launch over 100 accounts were created with combined total of over 100 published tweets.

As time went on the userbase continued growing.

Unlike most software services, the retention of Tweet Photo was basically 100%. Meaning that anyone that signed up, was likely to continue using it for a long time. Once signed up, everything was automated after all.

Combine that with the “via tweet.photo” in every tweet and you’ve got steady growth: 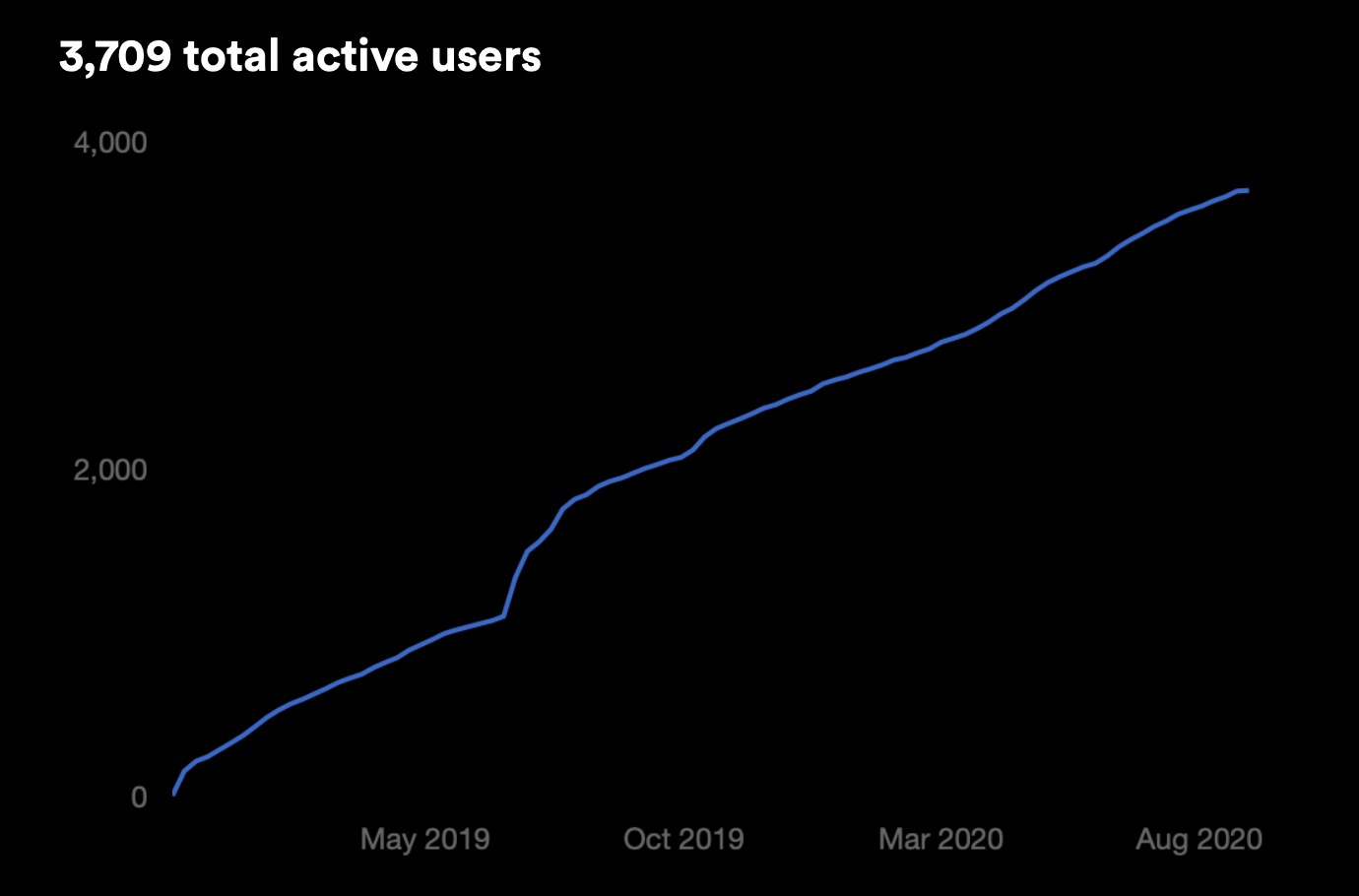 Here’s a screenshot of the Simple Analytics dashboard showing how tweets are driving new leads to the homepage: 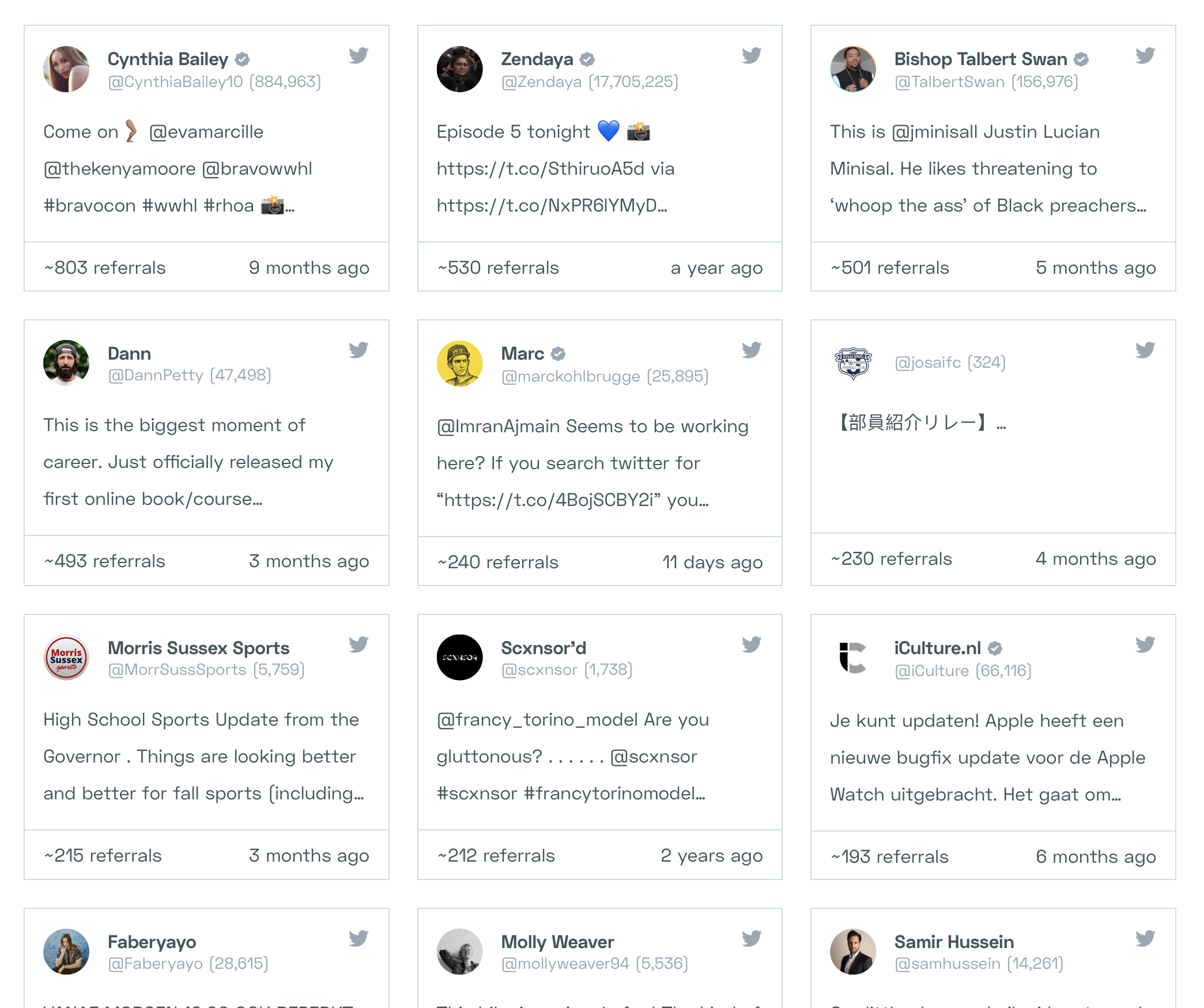 We even got some major Hollywood celebrities using the service. In fact, Tweet Photo became a hot topic amongst her fans. Driving even more sign ups.

I took this last week, ignore the makeup on my shirt

Okay, so we’ve got decent growth. But what about the revenue?

This was a lot harder. When I launched Tweet Photo I included a $19/year PRO subscription that would remove the “via tweet.photo” branding. I figured if people care enough about their Twitter profile to not want to show that link, they might be willing to pay.

I eventually switched to monthly pricing starting at $5/mo. I figured churn rate would be really low anyway, so it would be better to charge monthly. Paying $5/mo instead $19 for a year upfront is a lower commitment for the customer, but ultimately 3x the revenue for me.

I think the main problem is that the free plan is already very compelling. So it’s hard to convince people to upgrade.

While I had plenty of ideas for improving monetization, including removing the free plan altogether, it didn’t seem worth my time trying to grow a product that’s only doing $135 MRR. Even if I could 10x that, it’s still a low amount compared to my other products.

So over time I spent less time and attention on Tweet Photo. It continued to grow organically.

Another reason I didn’t want to invest too much time is the inherent platform-risk of building an API-powered product. I was dependent on both Twitter and Facebook continuing to provide me access to their API. They could revoke it at any time and Tweet Photo might be doomed.

Earlier this year Facebook did actually deprecate one of their APIs I was relying on, requiring me to upgrade my integration to use a different API.

In April, Kevin reached out to me asking if I was interested in selling Tweet Photo. He had a strategic interest with his other products CreatorKit and Top Nine. 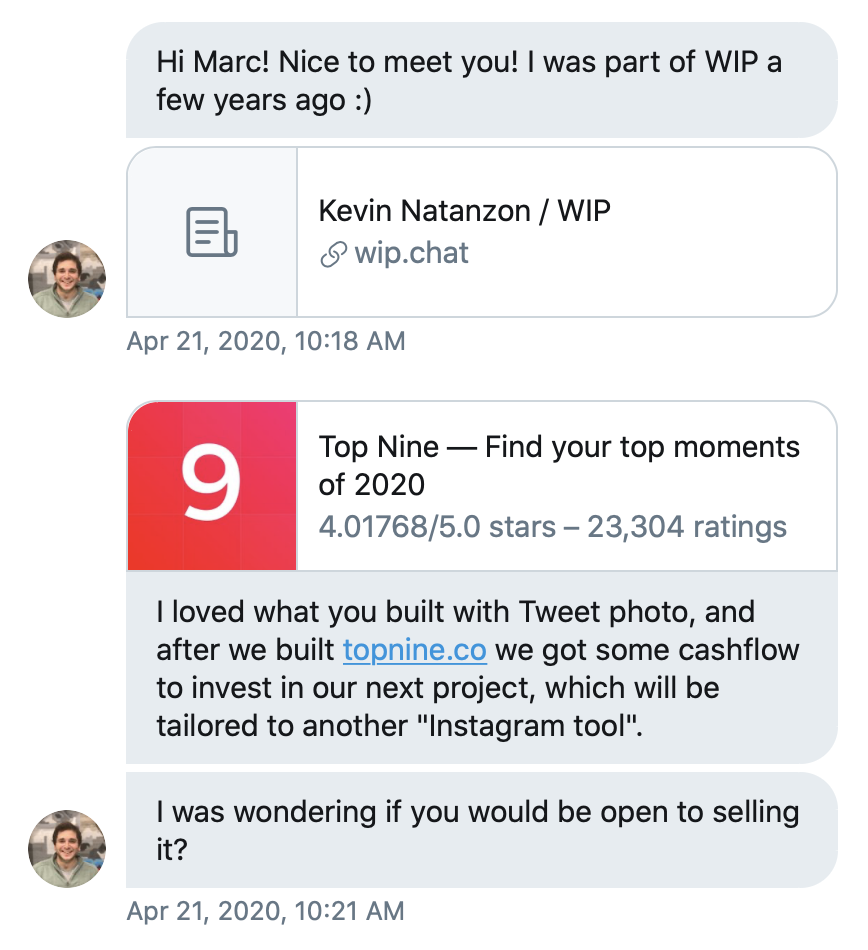 Of course the question of valuation quickly came up. Typically a SaaS product is sold for 3-4x annual revenue. In Tweet Photo’s case that would be around $5,000. But that didn’t factor in the many free users that required almost zero customer support, but drove continued growth.

If I were to sell it, it would need to be in the $xx,xxx range. Otherwise I’d prefer to just keep the service and see what happens. There’s always the possibility of another celebrity using it and it going viral.

After some negotiation we ultimate settled on a purchase price of $30,000.

The first $10,000 is cash upfront with no strings attached. The remaining $20,000 is contingent on the revenue Tweet photo will generate. Basically I will receive all revenue generated within 24 months of the acquisition, with a cap of $20,000.

We both ran the numbers and we believe that with the full weight of CreatorKit behind it, it seems very likely Tweet Photo will generate more than that.

But you never know how things turn out, so this was a way to de-risk the acquisition for the buyer while still allowing for a higher purchase than you’d typically see for a $135 MRR business.

Ask me in a few months how things are going 🙂

The $10,000 is in the bank and we’re now finalizing the asset transfer.

In the coming months CreatorKit will likely start marketing it to their existing userbase and possibly improving the service as well. Since we still have a shared interest in growing Tweet Photo me and the CreatorKit team will keep in touch to see how things are going.

Personally, I will continue to focus on WIP, BetaList, and Startup Jobs.

If you want to hear how the remaining $20,000 plays out subscribe to my newsletter below 💌