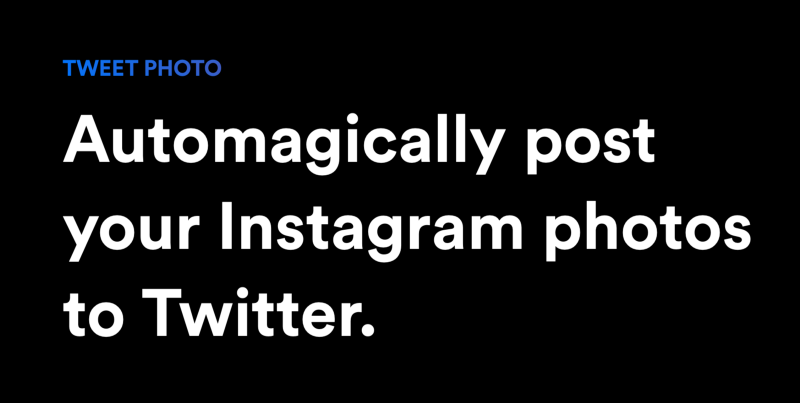 NEW: You can now automatically tweet your Instagram photos, and have the images included in the tweet using a free service called Tweet Photo created by yours truly. It only takes a few clicks to set up.

Give it a try: tweet.photo ✨

If you prefer to roll your own solution using Zapier, please read this:

That’s pretty useless. Unfortunately Instagram has chosen to block photos from automatically appearing within the tweet. I guess they are scared of their competition.

A better, but still not so great solution

Here’s an example of a tweet automatically posted through IFTTT:

You’ll notice the photo is embedded in all its glory. Yay! This is what many savvy Instagram users are doing these days.

You can set up IFTTT and Zapier to automatically tweet out all photos, or just the ones that have a specific hashtag such as #tweet.

I’ve been using the above approach for quite a while and it works quite well. The problem is that if you want to get noticed on Instagram you have to add some hashtags to your photo descriptions which is fine for Instagram but look spammy on Twitter. Ideally we remove these hashtags from our tweets.

Luckily, this is possible with scripting in Zapier. Here’s how:

Sign up for Zapier and create a new zap. Choose Instagram with trigger “New Media Posted” if you want to auto-post all photos, or “New Tagged Media” if you only want photos with a specific hashtag. (I personally use the former).

Search for “Code by Zapier”. Choose “Run Javascript”. Fill out the fields like this: 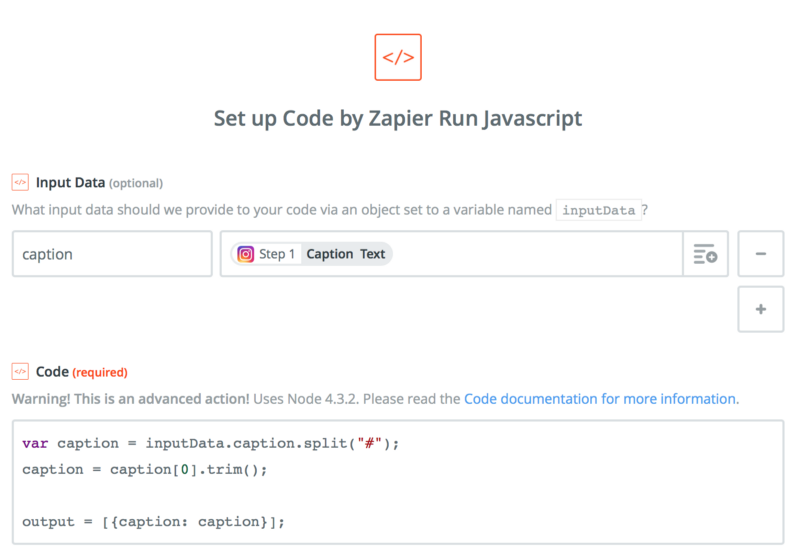 This will take the caption (i.e. description of your photo) and remove anything that comes after the first pound sign. You can also replace the pound sign with another separator (e.g. I personally use three dashes). That way you get a little bit more flexibility and you can still include hashtags in some of your tweets.

You can either tweet it directly from Zapier or schedule it for later using something like Buffer.

I often add a bunch of photos to Instagram at once and so I prefer them to be tweeted out over time. That’s why I chose Buffer instead of tweeting directly, but either will work. Just make sure you use the right action that includes the photo. When using Twitter you’ll need the “Create Image Tweet” action, and when using Buffer you need to specify the “Photo URL”.

For the text of the tweet you’ll want to open the pull down menu and choose “Run Javascript”, and “Caption”. This will give us the modified description without the hashtags. You might also want to include a link to the Instagram photo. Here’s what it looks like for me: 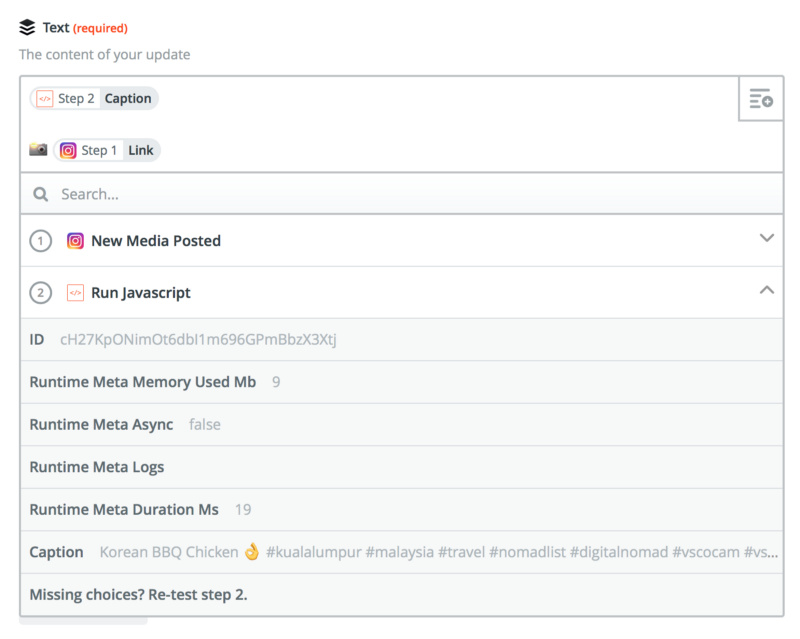 Bonus step: Use keyboard shortcuts to quickly add hashtags to your photos

Adding hashtags to your Instagram photos can be quite time-consuming and for that reason I never did it until I discovered a quicker way. You can use keyboard snippets to add a bunch of previously saved hashtags in seconds.

Here’s how to in iOS: Open the Settings app, pull down the screen and search for “Keyboard”. Click “Keyboard”, then “Text Replacement”, and finally the plus sign at the top right corner.

For the phrase enter some hashtags (if you used a different separator in step 2 you can include that here too), and use a memorable shortcut. Here’s the snippet I used when I was traveling in Bali: 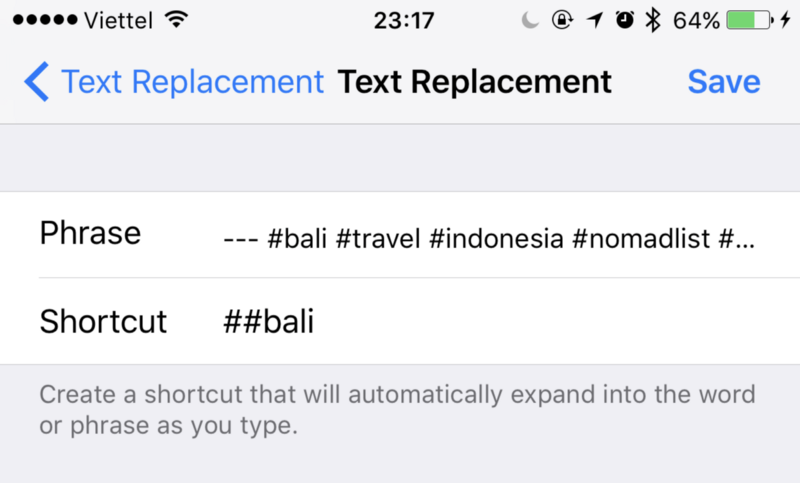 The reason I use ##bali for my shortcut is because that’s something I would never type on accident, but is still reasonably quick to type.