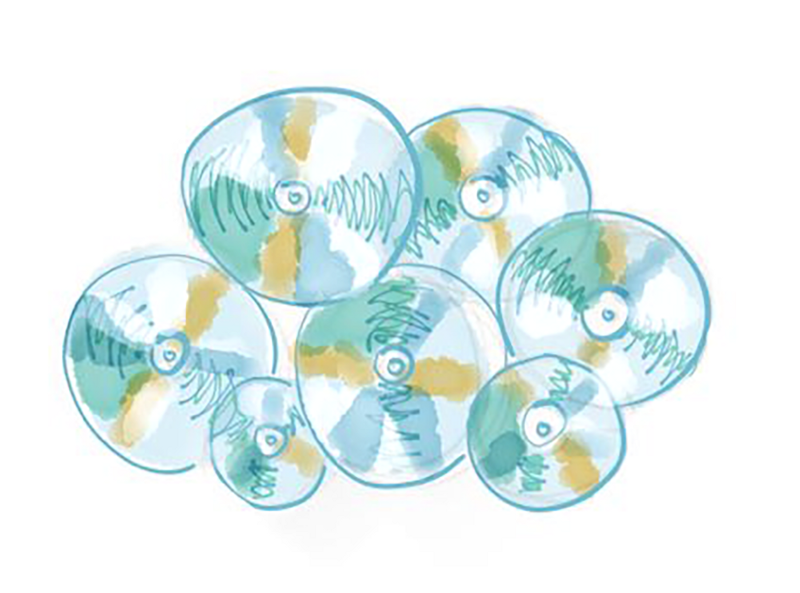 Those are DVD’s forming a cloud. Thank god I didn’t become an illustrator.

I‘ve always been pretty obsessive about backing up my files and back in the day when HDD’s were expensive and cloud storage wasn’t a suitable option yet, burning my files to CD’s and later DVD’s was my strategy of choice.

Now, 10–15 years later, I still have this massive archive of DVD’s around and none of my computers actually have a DVD player anymore. I figured if I wanted long-term access to all these files locked away in that ancient medium I shouldn’t wait much longer re-digitizing them. I figured the best place to store them was in the cloud, but first I’d need to copy all the files to my computer. With 100+ DVD’s that might take a while, right?

Well, yes. It did take a while, but I was able to automate most of the process.

Eventually I got my workflow set up so that I simply inserted a DVD, my script would do its thing, and when every file was copied to my HDD the drive would eject itself and I’d get a desktop notification telling me whether the copy was successful or not. I then inserted the next DVD, and so forth.

Finally, I uploaded my files to cloud using Arq and Amazon Cloud Drive which is pretty straightforward. Just configure Arq to watch your folder of DVD files and it will do its thing all by itself.

There’s two parts to this workflow which I’ll share below.

The first part is actually copying the files to your HDD in a way that preserves things like the creation dates, file permissions, etc. Ideally it would also be quite flexible so for example if we accidentally run out of HDD space and need to re-import the same DVD we don’t want to start from scratch nor do we want to end up with duplicate files. We take care of all this using a relatively simple shell script.

The second part is automating the process of running that shell script everytime we insert a new DVD. The goal here is to do as little work as possible so we just want to take out a DVD and insert the next one without needing to click any buttons or manually run any scripts. Luckily Mac OS X has something built-in called launchd which is a magical thing that automates all sorts of things on your Mac.

Getting an external DVD player

I have a iMac and Macbook Pro, neither which have a built-in DVD player so I needed to buy an external one. Apple’s USB SuperDrive is $79 which is a bit steep considering it would be obsolete after I imported all my DVD’s. 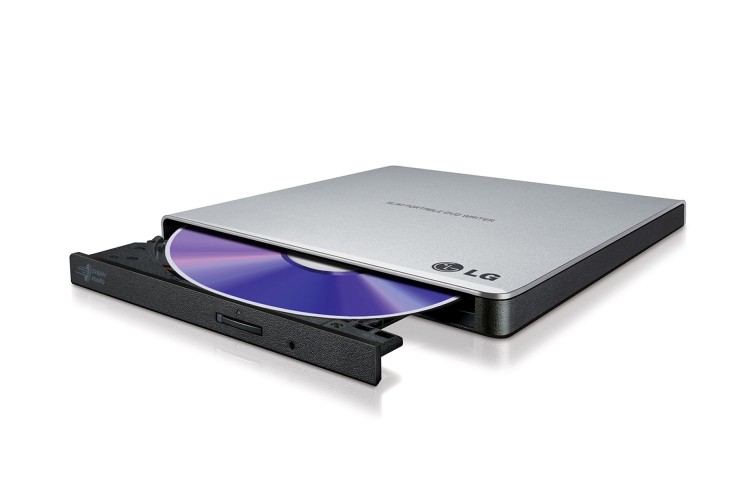 After doing a little bit of research I realised there wasn’t much difference between all the USB DVD players on the market. They all got the same reading speed (“8x”) and cost around $30. I went with the LG GP57ES40. It’s actually a DVD writer, not just a reader. I don’t think they sell readers anymore.

I didn’t have much experience working with shell scripts, so I googled around and found an old Metafilter thread where people shared some of their scripts. I based my script on one created by ‘mrzarquon’ so credits to him! �

To execute it on your Mac you’ll need to download the file, and then make it ‘executable’. This a security measure to make it just a little harder for someone to mess with your system. To make the script executable follow these steps:

Now we’re almost ready to run the script, but you first need to make a few changes. You’ll need to specify the location of your DVD drive, and where you want to copy the files to. For this you’ll need to edit the script with a text editor. TextEdit works, just be careful not to make any mistakes editing or the script won’t work anymore.

Here’s what you’ll need to change:

Of course, first make sure you have inserted a DVD 😁

You should now see your files being copied…

This might take a while depending on the amount and size of the files you’re importing. When it’s finished your DVD tray will eject and you should see a notification like this:

If the notification automatically disappears and you’d like for it to stay until manually closed you can go to System Preferences > Notifications > Script Editor and set it to Alerts. 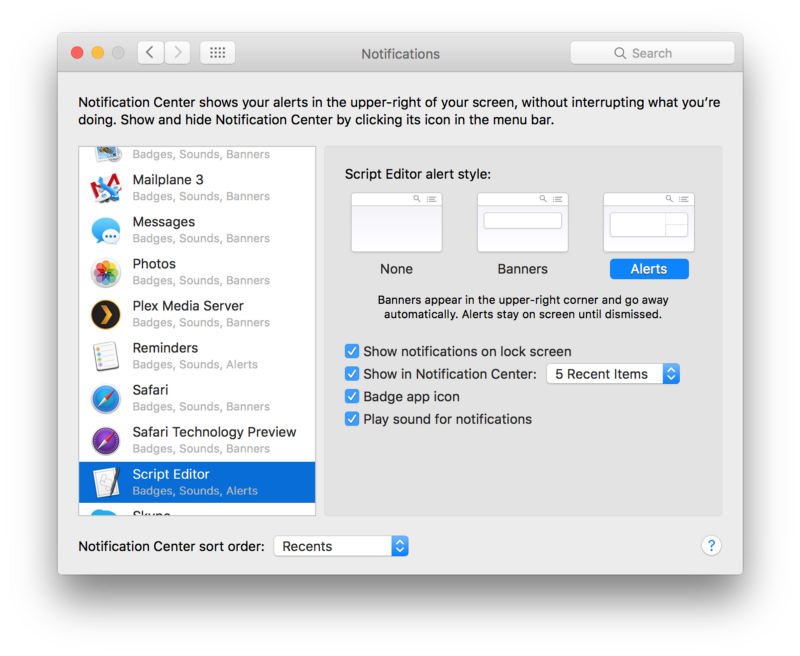 Note that this will affect notifications of other scripts too. If you’re curious to how the script works here’s what’s going on:

Okay sweet, so the script takes care of copying all the files and folders and even if you break off the process halfway through it will simply continue where it left off the next time you enter the same DVD. Nifty!

We don’t want to have to run the script everytime we insert a DVD though, do we? Nope, we don’t. So let’s automate this as well.

For this we’ll use launchctl which interacts with launchd.

We want to tell launchd to watch the /Volumes folder and run our script whenever something changes (like a DVD being mounted!). Since launchd doesn’t understand English yet we need to tell it using something it does understand called a Launch Agent. Here’s what it looks like:

The plist format is a little strange, but other than that it’s pretty straightforward. we set /Volumes as our WatchPaths which means launchd will run the script found in ProgramArguments whenever something changes in /Volumes

You’ll want to change all the paths to match yours!

You’ll also notice we set two log locations so we can still keep track of what’s happening as we won’t be opening the Terminal anymore and thus don’t get to see the script’s output. To watch these logs you can run tail -f /location/to/log in the Terminal or use the Console.app that comes with Mac OS X which basically does the same thing, but with a nicer interface.

Now whenever you insert a DVD it will run the script, which will copy all the files and eject the drive when done.

Moving everything to the cloud

Finally, you probably want to move all these files off your hard drive to the cloud. I personally use Amazon Cloud Drive together with Arq which makes uploading and encrypting a breeze. You could also use something like Dropbox, but I like the combination of Amazon Cloud Drive and Arq because my files will be encrypted with Arq and there’s no storage limit with Amazon Cloud Drive.

If you have any questions or suggestions to improve the workflow please let me know.